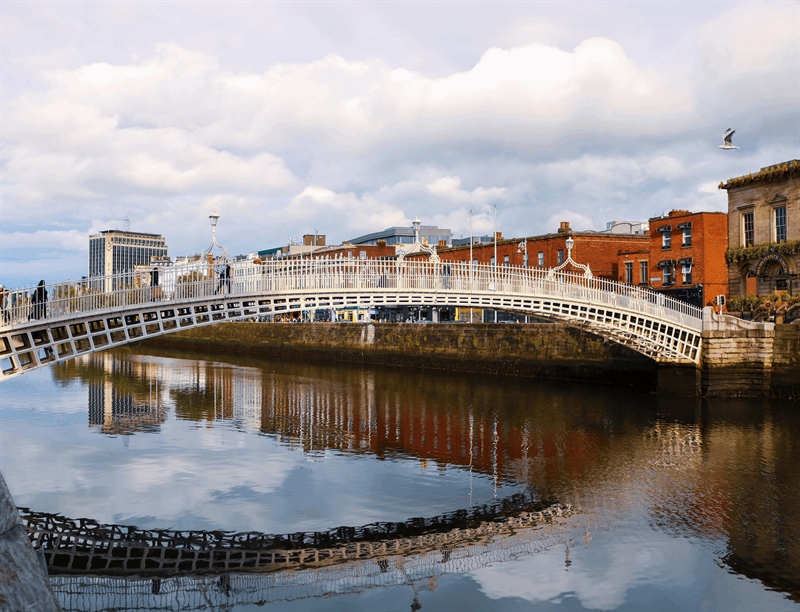 The Ha’penny Bridge is accepted as one of the official symbols of Dublin. It is one of the most popular bridges in Dublin. This bridge was built in 1816. It is known as the first iron bridge in Dublin. You can watch view while walking on this bridge which is short. You can also take a selfie with sunset. Because there can be great sunsets some days. Old days, It was called the Liffey Bridge. Now People call it the Ha’penny bridge. Because people were paying a half-penny charge to cross this bridge until 1919.