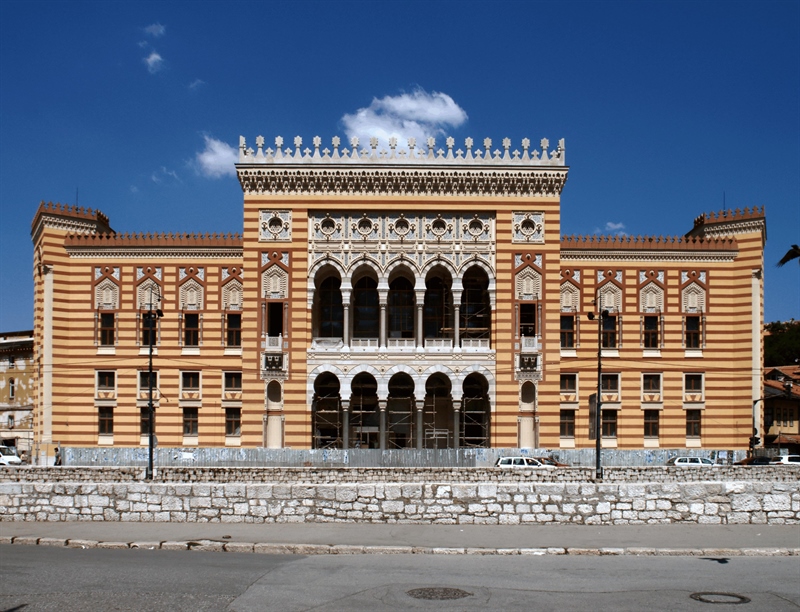 The Sarajevo City Hall, which was built during Austro-Hungarian occupation, is located at the center of the city. It is a beautiful building that you can have a look from the outside and see the gallery exhibits inside. It was used as the National and University Library of Bosnia and Herzegovina. In 1992, during the first year of war it was destroyed completely and the entire library holdings were lost. It is rebuilt as the original architecture.