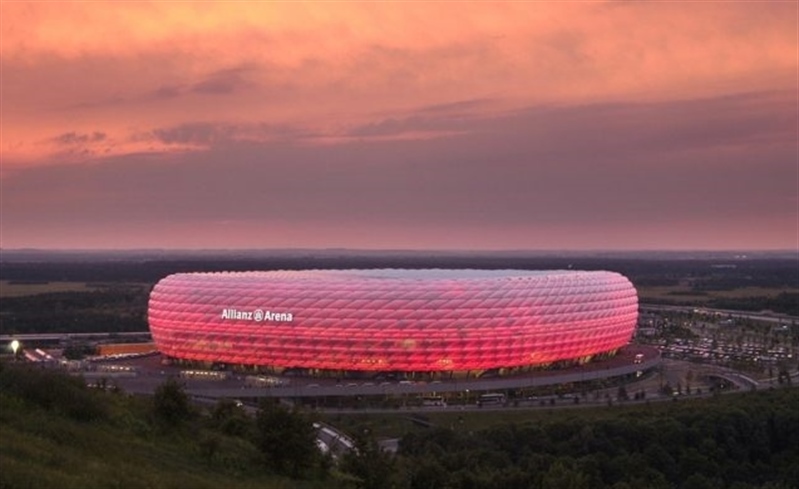 Allianz Arena; It was opened on May 30, 2005 in Munich, Germany and is used by the FC Bayern München football team. Allianz Arena is one of the biggest stadiums in Europe and its capacity is 70.000 people at the same time UEFA It is also among the 5 star stadiums. The outside of the stadium is illuminated on match days so that a very nice view emerges.