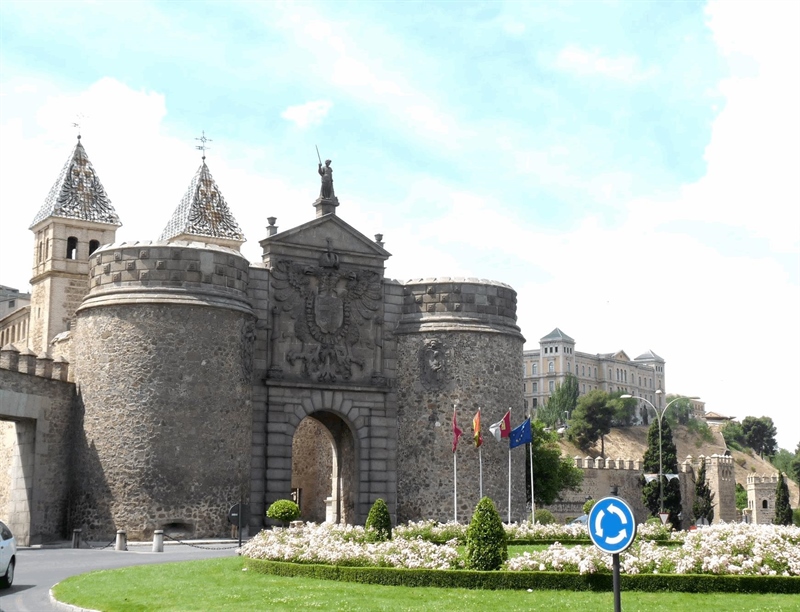 It is known as the gate used by the king of Spain VI Alfonso when entering the city in 1085. It was built in the 10th century during the Sultanate of Toledo. It takes its name from the Arabic term "Bab-Al-Saqra". You can see Islamic figures inside the walls.